Written for the Weekly Writing Challenge. A story about war and an unusual teacher begins after the photo. 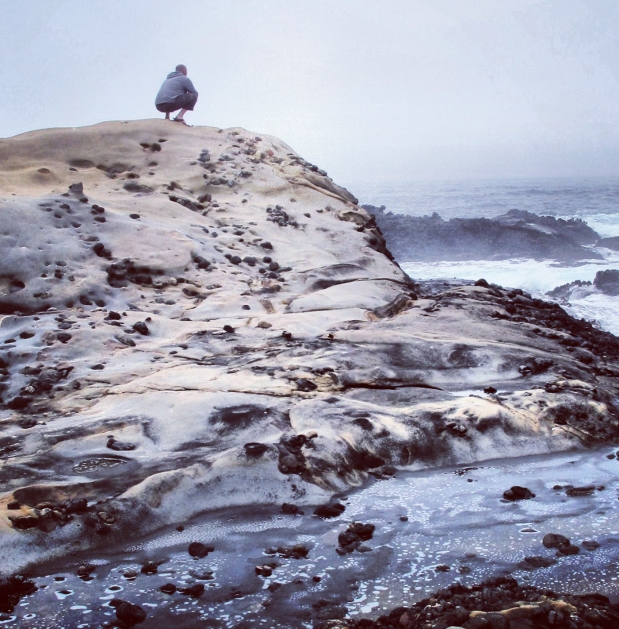 It was said that the Haludaan Special Forces of the Eeradani could defeat any army in existence. Stories were told of a single platoon of 28 Haludaan defeating an entire division of 14,000 Edriman mercenaries. A squad of Haludaan wiped the Paludian Army off the battlefield. A single Haludaan eradicated all the hovertanks invading the Ivimski moon. No one was willing to admit the legends were true, and all were too afraid of the Haludaan to claim they were false.

Merrit had completed the training as a member of the Haludaan, and he was beginning to believe the tales might be true. He could drive 438 vehicles better than anyone in all the known civilizations. He was more accurate with 2,316 weapons than anyone in humanity. He could kill a human being 147 ways…with his thumb.

Yet, as he stood in the tent with eight veteran Haludaan, he felt inadequate. They looked through him as though he were no more substantial than mist. Their eyes were so distant they seemed more focused on a beetle on a rock on a moon orbiting a planet three galaxies away. Merrit knew they would not take him seriously until he completed a combat tour and proved himself. Without a single word to anyone, the Haludaan walked through the arch of the FTL gate — the only portable technology known to travel faster than light — disappearing as they went.

“Where are we going?” said Merrit.

“They are going to their assigned positions to support the Eeradani Army,” said Colonel Greaves. “Now I will show you yours.” He took Merrit’s armored arm and led him outside. The booms and shrieks of titanic weapons of war echoed in the distance. The Eeradani army battled for supremacy with their arch foes, The Crish. With the arrival of the Haludaan, the battle should be over in days. Yet Merrit felt uncertain with the veteran members of his squad disappearing to parts unknown. Colonel Greaves pointed to a distant mountaintop. “That is a position of great power. Take that mountaintop. Use whatever weapons you need.”

“What’s the force composition there?” said Merrit, but the Colonel was gone. He wasn’t in the tent either. He had disappeared like vapor.

Merrit requisitioned powered armor from the weapons depot. He closed the massive suit and armed himself with all the weapons it could carry. He was armed well enough to eradicate an entire company of troops or destroy a squadron of battle tanks. He ascended the mountain quickly, the armor augmenting his muscles. When he arrived at the top, there was nothing there. Just one old man squatting at the peak, staring into the distance. “Sir,” said Merrit over the suit’s speakers. “You must vacate this area at once. There’s a battle here.”

The old man turned just slightly. “You are losing the battle, Haludaan. You are no warrior,” he said. He flipped his hand. Alarms screamed inside the suit as multiple systems failed. One leg locked up and he lost most control over the other. He slipped on the ice and tumbled down the mountain.

At the bottom, he praised his suit for allowing him to survive the 2000ft tumble. Something on the mountain interfered with his electronics. He needed something with hardened shielding. So he requisitioned a mecha, an eighteen-foot tall ambulating tank for use in harsh terrain and battlefields with many EMP (Electro-Magnetic Pulse) emissions; the emissions that disrupt electronics. He scaled the mountain again and arrived at the top.

The old man was still there, in the same position. Merrit wondered how he wasn’t freezing to death in the cold. The man turned and scowled. “Even worse.” He flipped his hand again. The Mecha’s gyro suddenly failed and the great mecha toppled. It slid on the ice and once again, Merrit tumbled down the mountain.

Merrit realized who his foe really was. The old man. He probably wasn’t a man at all. Some unknown alien with incredible powers, masquerading as human. He sought out the Colonel to report his findings, but the Haludaan leader was nowhere to be found. He did receive a communication from him; a simple text message that read, “Take the mountaintop. We’re counting on you.”

Merrit sighed and planned his next move. It seemed obvious that the old man’s (alien’s) powers were short range. He tasked an artillery gun to fire on the mountain. Merrit planned to nuke the whole thing and the old man with it. Just as the gun was ready to fire, it had a gyro failure and its nav receiver lost the satellite. The gun locked up and refused to fire with its primary systems down. Merrit sighed and walked through the icy cold and lay down in his rack. He lay there for all day, his third day of assaulting the mountaintop, and pondered what to do until the following morning.

He arrived at the top wearing little more than cold weather gear and boots. The old man sat in the same position, watching the ongoing battle between Eeradani and Crish in the valley below. He stood and faced Merrit with eyes dark and distant, like those of the Haludaan veterans. “Better. You are learning, Haludaan.”

Merrit withdrew a pistol, a simple mechanical thing with no electronics to fail. “I’ve had it with you,” he growled, and he pulled the trigger.

The mechanism jammed and the gun refused to fire.

Merrit rolled his eyes and tossed the gun aside. He half expected this might happen. He pulled a throwing knife from his vest. Merrit was more accurate with a throwing knife at 30 yards than the finest experts with a sniper rifle at the same range. He hurled his knife at the old man standing 5 yards away.

He threw the rest of his knives. All of them missed. An impossibility for Merrit. The old man turned his back and squatted, returning to his vigil. Confused and uncertain, Merrit didn’t know what else to do. He squatted beside the old man.

“This is a position of great power,” the man said. “Use it. Learn from it.”

“You have won a great battle,” said the old man, watching him. “But you are still losing the war to yourself. Still the battles within. Empty your mind and take the position.”

His words seemed contradictory. In military parlance, “taking a position” means to attack an enemy weapons position with violence and destruction, not “Emptying the mind.” He settled down and tried to comply. Hours passed before the thoughts and voices raging in his head drifted into silence. For the first time in his life, Merrit experienced silence in his mind. It felt lonely for a while until even that sensation calmed. He began to feel something new. An energy coursing through him that he was unaware of before. It started as a gentle breeze and slowly built into a hurricane raging through his body. Merrit realized the mountain was indeed a place of power. A special place that could change him faster than 1,000 generations of evolution could change his descendents.

Merrit realized he no longer saw with his physical eyes, yet he could sense everything around him. Reality was little more than folds in fabric creating the illusion of depth. Energy was like levers he could touch and thereby change a physical thing. He looked at the mountainside. He pulled here, touched there, and a boulder the size of a house cracked in two. It was so easy. He only needed to look beneath the folds of reality and see the mechanism within. To him, mountain became no more substantial than a feather. A nuclear blast, gentle as the passage of a dandelion seed on the wind. He understood that the concepts of time and space were meaningless, mere infant’s pacifiers to occupy an emerging consciousness.

He looked down at the nuclear fires raging in the valley below, and pulled at the folds of reality. He flicked his hand and 200 Crish tanks experienced power failures. 4,000 Crish powered-armor suits experienced cooling failures and they went into shutdown mode. In a fraction of second, Merrit defeated an entire army. He spent more energy taking his next breath.

“Congratulations,” said the old man, smiling at last. “You are now a Haludaan.”

Merrit looked at him and realized the old man was actually nothing special. Not an alien at all. He was just a man with extraordinary understanding.

Merrit returned to the encampment. The Colonel had never left. He was just uninterested in being seen. “Congratulations on winning,” he said.

“A foolish battle,” said Merrit. “It won’t accomplish what anyone expects.”

“I refer to your inner victory,” said Gaines. “This battle of armies is nothing more than noise and fire, but the leaders who direct it cannot be told otherwise.”

Merrit reached across 400 light years and touched a mind. A supporter of war developed the realization that mutual support was the better route in the long run, and he began to draft a resolution. “There. It was easy.”

“Haludaan are not warriors at all, are they?” said Merrit.

“Yes, they are, but not warriors as most understand.”

Merrit looked back to the mountaintop. “That truly is a place of great power.”

“Just one of many,” said Greaves. “The first was found beneath a Banyan tree. With the aid of starships, thousands more have been found. And now that you are Haludaan, it is time for you to take your position.”

Merrit looked over at the FTL gate. He peeled back the folds of reality and realized there was no such thing. It was an illusion that no Haludaan required. Merrit’s eyes drifted and in his vision he found a tree 836 light years away. He blinked and he was there.

I like looking at the serious subjects in the news and seeking the lighter side of the issue. I love satire and spoofs. I see the ridiculous side of things all the time, and my goal is to share that light-hearted view.
View all posts by EagleAye →
This entry was posted in Short Fiction and tagged Banyan Tree, Buddhism, dpchallenge, Flash Fiction, Moutaintop, Old Man, Science Fiction, Short Fiction, Short Story, Teacher, War, Writing Challenge. Bookmark the permalink.