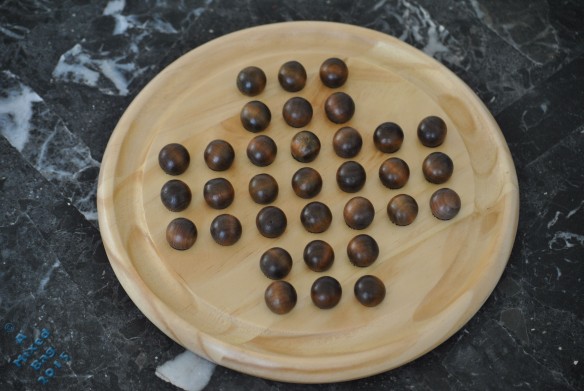 Professor Angus Donahue of the Imperial War college sat in the shade of an elm. Carefully, he examined the game board on the table before him. Leaves in the nearby trees rustled in the gentle breeze and flowers bloomed beside the sprawling trails of the park. Colorful birds sang sweet songs.

Donahue moved a game piece, considered the board, then moved another. Each move was carefully calculated by his brilliant strategic mind. Recently, that same mind triggered considerable consternation when his most recent work was leaked by his housekeeper. His theories, it turned out, closely matched the plotting of an ambitious nation.

A tall man approached him wearing a grey hat, long grey coat, and grey gloves. He moved calmly and casually as though the setting fell under his complete control.

“About time you arrived,” said Donahue, moving another piece.

“The move was not unexpected.”

“I’m not cruel, you know. I’m efficient and quick.”

“I would expect no less,” said Donahue. He gestured at the board. “One last game before we conclude our business?”

“A game of strategy. The winning method is to maneuver the opponent onto ground unfavorable to him, yet make it appear as though he directs his own actions.”

“I prefer the direct approach, myself.”

“Most do, and that’s why the strategy I outlined works.”

The grey man smirked. “You have no guards and no watchers. I checked thoroughly. You’re unarmed and defenseless. It seems your strategy has failed you.”

“It’s working handsomely, I assure you.”

The park’s automatic defense system, detecting an armed assault, came alive. Laser turrets emerged from the ground and fired. In an instant, the grey man was consumed by heat, becoming even greyer dust.

Donahue sighed. “It’s an ancient strategy. Maneuver the opponent into unfavorable ground.” He shook his head and moved a game piece. “No one ever learns.”
___________________________________
Written for Sunday Photo Fiction. Each week, Alistair Forbes offers an original photo as a writing prompt for flash fiction. This is my story inspired by the photo above. Look to see what others wrote here: https://sundayphotofictioner.wordpress.com/2015/06/07/sunday-photo-fiction-june-7th-2015/

I like looking at the serious subjects in the news and seeking the lighter side of the issue. I love satire and spoofs. I see the ridiculous side of things all the time, and my goal is to share that light-hearted view.
View all posts by EagleAye →
This entry was posted in Short Fiction and tagged Assassin, Flash Fiction, Science Fiction, Short Fiction, Short Story, Speculative Fiction, Strategy, Sun Tsu, Unfavorable Ground. Bookmark the permalink.