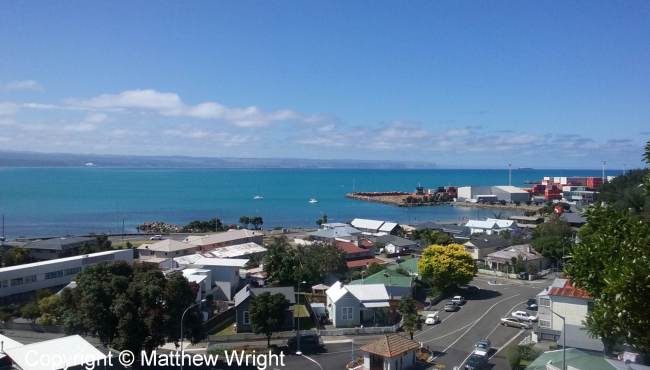 Dieter was a Ritual Eater. While everyone ate halfway through their meal, Dieter might still be arranging the sides and adding sauces in a precise, ritualized manner.

Bobby’s Seafood Pub rested at the water’s edge in the harbor. Any local could tell you they made the city’s best Fish & Chips. Each Sunday Dieter traveled there alone to enjoy one of his favorite foods and Bobby’s specialty. When the Fish & Chips arrived, Dieter would pour malt vinegar over the breaded fish and fries. Then he applied salt to the fries. It was important to apply salt after the vinegar so more salt would stick. Then he’d break each fish piece into four equal parts. He ate slow, methodically coating each piece with tartar sauce, savoring each tasty bite.

His girlfriend often teased him about his eating rituals. She pressed him to be more adventurous So one particular Sunday, Dieter decided to break his ritual. On the menu they advertised something new: Sea Monster Caviar. It was pricey, but Dieter felt too amused not to order it. He imagined the fish eggs might come with a spicy sauce. Since the sauce ‘bites back’ that would be why they call it Sea Monster Caviar.

A solitary fish egg rested on the very large plate.

The egg was the size of a beach ball.

The pretty blond waitress placed a massive knife, suitable for beheadings, beside the plate. She then placed a large axe beside the knife.

The waitress smiled sweetly. “That’s in case the knife breaks.”

She placed a loaded shotgun on the table. “This is in case the axe breaks.”

Dieter felt a bead of sweat slip down his forehead. He squeaked, “A shotgun?”

Dieter leaned back in his chair. “You know, rituals are good because they’re comforting, reassuring.”

I like looking at the serious subjects in the news and seeking the lighter side of the issue. I love satire and spoofs. I see the ridiculous side of things all the time, and my goal is to share that light-hearted view.
View all posts by EagleAye →
This entry was posted in Short Fiction and tagged Caviar, Fish & Chips, Flash Fiction, Funny, Humor, Sea Monster, Short Fiction, Short Story, Speculative Fiction. Bookmark the permalink.