Mayor of Chicago, Rupert Johnson was furious. He shouted at his Chief of Staff, Marion Caldwell. “This is a disaster! ”

“But not this!” The native Chicagoan loved his city. The horrific spate of gun violence troubled him deeply.

“Hawkins!” roared Johnson. “What the hell did you do?”

“You wanted a solution that reminded the people of Chicago of their commonality.”

“So I thought changing all the city’s bullets into Bratwurst matched your request perfectly.”

“But, my god man, Bratwurst? Of all the things you could’ve done.”

My Probability Engine is based on the notion that in any given moment anything is possible. You shouldn’t expect your computer will turn into a daisy, but there is a “probability” that it could happen. For more on this, consider the Infinite Improbability Drive from “Hitchhiker’s Guide to the Galaxy”: http://hitchhikers.wikia.com/wiki/Infinite_Improbability_Drive 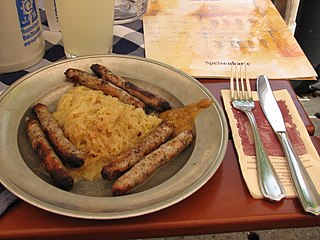 I like looking at the serious subjects in the news and seeking the lighter side of the issue. I love satire and spoofs. I see the ridiculous side of things all the time, and my goal is to share that light-hearted view.
View all posts by EagleAye →
This entry was posted in Short Fiction and tagged Bratwurst, Chicago, Flash Fiction, Funny, Gun Violence, Humor, Satire, Sauerkraut, Science Fiction, Short Fiction, Short Story. Bookmark the permalink.

26 Responses to The Probability Engine