The UFO Hunters convention, held near Carisbrooke Castle on the Isle of Wight, boasted thousands attending. Enthusiasts from around the world gathered to share pet conspiracy theories. Suddenly, someone pointed skyward into the fog…and screamed.

Aboard the world’s largest airship, tasked with hauling building maintenance materials to Carisbrooke Castle, the Captain glared through his binoculars at the chaotic scene below. He shook his head. “What awful timing!”

I couldn’t resist, folks. Not with an apparent UFO visible just above the castle.

Hybrid Air Vehicles makes the world’s largest airship, designed for cargo hauling. Originally intended for the US Army, the project was cancelled in 2013. Recently, the UK provided funds to get the project, “off the ground” again. Who knows what people would think of it.
http://www.popularmechanics.com/flight/a14165/airlander-10-largest-airship-in-the-world/ 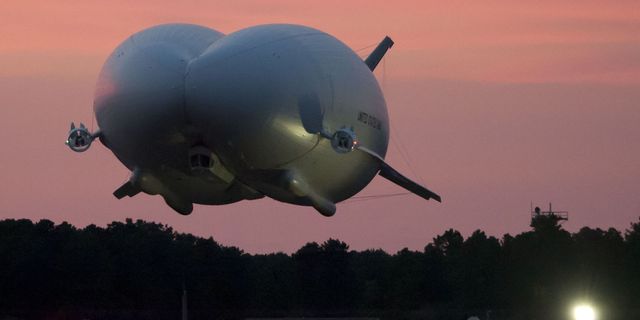 I like looking at the serious subjects in the news and seeking the lighter side of the issue. I love satire and spoofs. I see the ridiculous side of things all the time, and my goal is to share that light-hearted view.
View all posts by EagleAye →
This entry was posted in Short Fiction and tagged Airship, Flash Fiction, Funny, Humor, Isle of Wight, Nuclear Attack, Short Fiction, Short Story, Speculative Fiction, UFO. Bookmark the permalink.

33 Responses to Communications: Faster Than Wisdom