Diverse Thinking in the Time of Coronavirus

In the time of Coronavirus, Americans are doing a great job…of frustrating the heck out of each other. Not only because we’re cooped up in the house with each other more than usual, but because we think and act so differently. Some of us are sheltering in place because the state says we must, others because we think we should. Others swarm the beaches because the state relaxed restrictions, others in spite of them. Some of us protest shelter-in-place orders at the seat of local government, some of us praise their wisdom.

I would posit to you that we ALL are right. A crazy claim, yes, but bear with me here.

It’s true that humanity has achieved great things because of brilliant and wise human minds. I would also say we’ve advanced because of people doing things contemporary thought would call stupid. Crabs do not look like a good thing to eat to me, but somebody tried it. Turns out, crabs are delicious. Broccoli looks poisonous to me, but somebody tried it. Turns out it’s very healthy and tastes great in a chardonnay-cheese sauce. A man named Columbus honestly believed the world was round against all common thinking of the time, and then he proved it. When the first nuclear bomb was tested at Trinity Point, scientists wondered if it might ignite the entire planet’s atmosphere. They set it off anyway. We know now it wouldn’t wipe out all life on Earth, but seriously, you lit it off thinking it might?

Perhaps you’re thinking, “All these things turned out fine, Eric. How can you call them wrong?” Well, yeah, we know that, now. At the time, common sense said these things were terrible ideas. Trying dumb things doesn’t always work out well. Sometimes, stupid is just stupid. The folks that tried deep-frying a frozen turkey (and some still try) are doing something that might kill them. There’s warning labels on hair dryers (honest, this is true) warning people not to use it in the shower. Why? Obviously, because a bunch of people tried it. 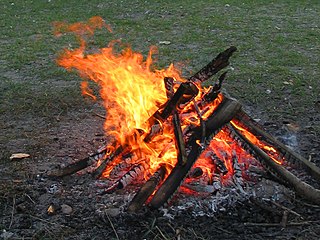 Humanity continuously experiences discord, around endless subjects, because we don’t all think the same. It has caused wars, but it has also created improvements in life. Our differences are our greatest weakness and also our greatest strength. Whether smart or dumb to do so, humanity never leaves a potentially advantageous  stone unturned. The Coronavirus pandemic places the differences in our thinking into sharp contrast. As I watch footage of people protesting stay-at-home orders, in close proximity without masks, I shake my head. I’m 99% certain these folks are making a terrible mistake. Some may die because of what they’re doing. I want to curse at them. I want to shout at them. But upon further reflection, I think I should thank them as well. I’m glad we’re not all the same. I’m happy we don’t all think identically. The human race would never have survived if weren’t for some damned fool who didn’t run away like everybody else, and tried harnessing fire.

We all know we our thinking is the most right, and we get frustrated when others don’t agree. That’s unavoidable. But perhaps we should pause now and then to thank those who think differently from ourselves (even if they kill themselves). Without some of us braving the frontiers of conventional thinking, none of us would be here.

I like looking at the serious subjects in the news and seeking the lighter side of the issue. I love satire and spoofs. I see the ridiculous side of things all the time, and my goal is to share that light-hearted view.
View all posts by EagleAye →
This entry was posted in Essay and tagged Alternative thinking, Coronavirus, diversity, Essay, nuclear testing, Pandemic, Shelter in place. Bookmark the permalink.

1 Response to Diverse Thinking in the Time of Coronavirus