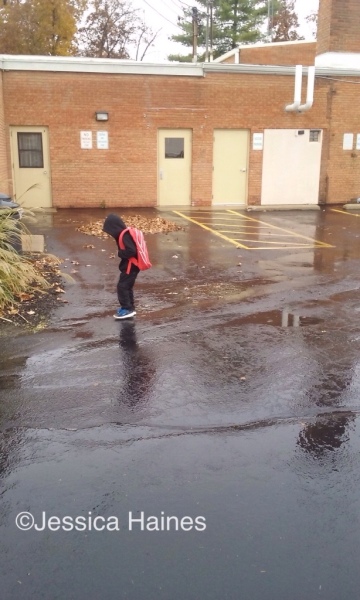 Little Sammy constantly invented things, more or less with success. He melted the blender once, and blew up lawnmowers twice. But he wasn’t the primary worry of local residents.

It was the Razor Gang.

They robbed houses, extorted small businesses, and mugged the old. Like most bullies and cowards, they only preyed upon the defenseless.

When Sammy’s Grandpa Merlin went to the hospital, an angry Sammy hatched a plan.

He wore a red backpack to ensure they saw it. Sure enough, the Razors ganged up and stole it from him. They served up some bruises too. Sammy still smiled. It was worth it.

Days later, Sammy sat with Grandpa outside the deli. Grandpa said, “So you’re the reason the Razors disappeared?”

“What was in the backpack?”

“You blew up the Razors?”

“It wasn’t the blow-up kind.

“It makes somebody more of what they really are.”

I like looking at the serious subjects in the news and seeking the lighter side of the issue. I love satire and spoofs. I see the ridiculous side of things all the time, and my goal is to share that light-hearted view.
View all posts by EagleAye →
This entry was posted in Short Fiction and tagged Bullies, Chicken Soup, Flash Fiction, Funny, Gangs, Humor, Inventor, Science Fiction, Short Fiction, Short Story. Bookmark the permalink.